The Annual Cultural Extravaganza and the biggest inter collegiate event in the university calendar MERAKI 2020 took place on 5 and 6th of March 2020.The whole campus wore a festive look abuzz with practices, thematic decorations and what not. The theme for this year’s MERAKI was ‘Ticket to the Golden Era of Indian Cinema’ which also formed the base for all decorations on the campus. Ms.Suman Nagarkar. Madam Kauser Ahmed declared the event open and wished the students and the Department of Students Affairs success in their endeavor.

Ms.Suman Nagarkar appreciated the well planned and co-ordinated efforts of the university team and the students to make the event a success and especially the hard work of the volunteers who had put in their heart and soul into making the event what it became.Mr.Shashi Kumar, winner Season -6 of Big Boss Karnataka shared his enthusiasm for agriculture and how it is important to stay connected to one’s roots in these times. His speech was received with a thunderous applause by the enthusiastic audience. Dr.Radha Padmanabhan, the Vice Chancellor, commended the efforts of Department of Students Affairs and encouraged the students and faculty to wholeheartedly participate in the event. The inauguration also saw a scintillating dance performance by Likitha and team which was followed by an elegant dance recital by Dr.Sneha Prabha, Director, Department of Students Affairs.The inaugural ceremony closed with a vote of thanks proposed by the Assistant Dean of the Department of Students Affairs.

Soon after the inauguration, the events opened across different venues with over 19 colleges in and around Bangalore being represented in the Meraki 2020, it gave presidentians a great platform to test their mettle with the best talents in Bangalore. Day one was also marked by the gracious presence of celebrities like Mr.Prasanna Srinivas, Kannada Movie producer, Mr.Ritvik Rajan, versatile singer, DJ Quinxo which added to the overall festivity of the event and the campus. The design team which had worked very hard had come up with excellent photo booths which became the centre of attraction along with the red carpet feel that gave students a celebrity feel. The stage at the canopy and in the auditorium reverberated with bubbling creative energies of the youth who were thrilled to showcase their talents.

With distribution of cash prizes, trophies and a well coordinated stage movements and a well planned schedule the event which kept the youth engaged for 2 full days ended on a cordial note creating positive vibes and happiness among all involved. A total sum of one lakh fifty thousand was disbursed as cash prizes to the winners of various events. Star events like Stress Interview, Presi Battle, Senor/Senorita Meraki 2020, DJ wars, Group Dance, Fashion Show etc won a lot of appreciation from the audience and drew maximum participation.
Over all the event ended on a grand note of success leaving the team with a higher target of reaching a higher benchmark for the next year. 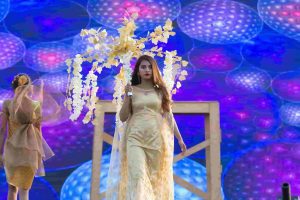 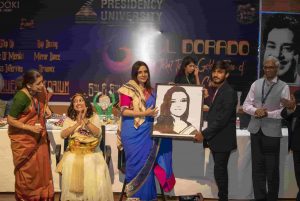 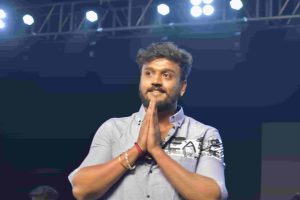 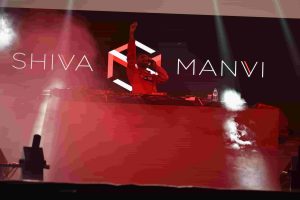