Karnataka is a great land of diverse Culture and Bengaluru, a City known for its Cosmopolitan Profile and Rich Cultural Heritage. The People of Karnataka have always displayed a deep sense of patriotism.
Presidency University has, as part of its Social Immersion Initiatives, catered to the welfare needs of the residents of the neighbouring Villages, especially during the Pandemic. Rajyothsava was celebrated at Presidency University on November 13, 2020 in a befitting manner.

Presidency University has always been instrumental in raising the spectrum of Kannada to the younger generation aimed at honoring Kannada Art and Literature. The Event was streamed “Live” and all precautions under Covid-19 Protocol and Standard Operating Procedures were meticulously observed.

The Chief Guest was Dr. Sheela Malimath, a renowned and highly respected Literary Luminary being an Author, Kannada Professor, Yakshagana Dancer and also a Karate Master. Dr. Malimath acknowledged, during her Address to the Audience that she was overwhelmed by the Hospitality accorded to her and was equally fascinated by the University Campus. Highlighting that Kannada can be nurtured through Economic Therapy, Social Therapy ad Organizational Therapy, Dr. Malimath stated that she felt “At Home” at the Event.

The Guest of Honour, Mr. Kadabagere Muniraju a well-known Folk Singer mesmerized the Gathering within his Folk Songs. In his Address he exhorted the Youth of Karnataka to come forward and learn to save our Folk-culture .
In addition, the University, at this Event, created a Platform for the Natives of the surrounding Villages to showcase their latent talent. Two elderly Folk Singers participated in the Event and were honoured by the University along with a Farmer for his contribution to propagation of the Kannada Culture.

Our Vice Chancellor, Dr. Rajiv Massey re-emphasized on the rich legacy of Karnataka and its Cultural and Literary Heritage. Dr. Surendra Kumar , Pro Vice Chancellor also addressed the Gathering. Our Registrar, Dr. Beeran Moideen mentioned that there is a need for all in Karnataka to respect the Language of the State and should endeavour to learn it. He assured that Kannada will be taught to the Non-Kannadiga Faculty Members who are interested in Learning the Language.

A Cultural Program was the attraction of the day, with Faculty Members rendering Kannada Songs and Reciting Poems, in Kannada. A Student preformed a Theme-related Classical Dance.

We thank our Honorable Chancellor Mr. Nissar Ahmed for his tremendous support , a True Kannadiga, by heart and deeds, always endearing to the growth and prosperity of Kannada Nadu. We also thank our University Leadership for their support and valued guidance and special thanks to the Members of the Organising Committee and other Volunteers for for their relentless efforts in making this Rajyotsava 2020 a Grand Success
Jai Karnataka ! Jai Hind!. 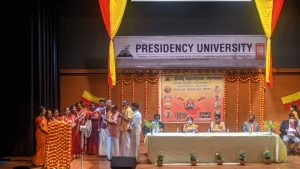 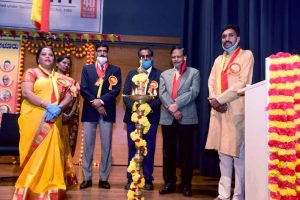 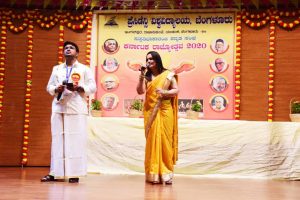 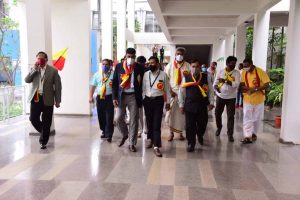 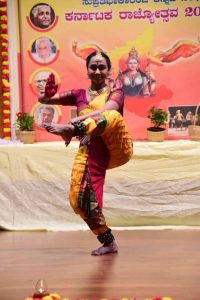 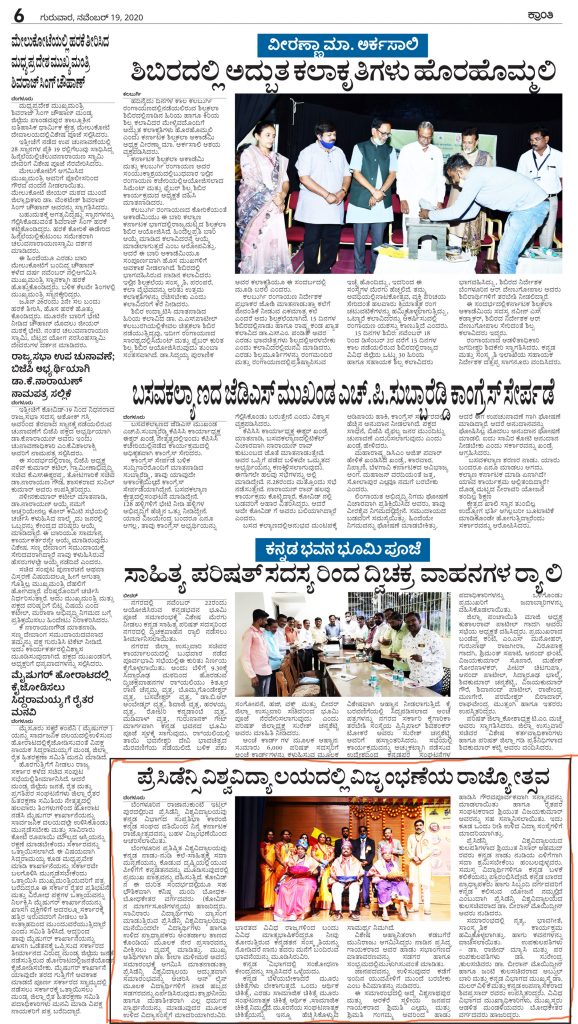