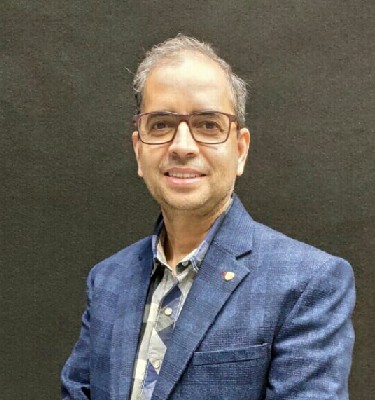 Prof Rajesh Sisodia has been into main stream journalism since last 24 years. He is an alumnus of Indian Institute of Mass Communication (IIMC), Delhi. He has worked with reputed media houses like NDTV, Star News, News Nation, and Usha Martin Group. He has been into media education since last 10 years. Formerly he was with Amity University and Karnavati University (Gujarat). Under his leadership media schools achieved phenomenal growth. His specialization area is Broadcast Journalism. He is well networked with media fraternity across the country. He is a staunch believer that Industry has a major role to train the young media minds. Academicians and Industry Stalwarts should come together to bring the desired change in the media industry. He has witnessed the extraordinary growth of the media Industry since 1997 when he had started his journey with NDTV Delhi. He has authored Two Books on Media Education and Industry.