The first ever Intra University Cultural Competition between the School Of Engineering, the School of Law, and the School of Management was held at the University Campus on Saturday, 13th October 2018.
The Literary Club organized Pick- N- Speak and the Culinary Club organized a Vegetable and Fruit-carving competition while the School of Law had a very interesting debate on the “Genderless Bedroom”. The afternoon came to a grand end with the School of Law winning the Overall Champions Trophy followed by a rocking DJ afternoon which had faculty and students dancing to the beat.
The SnapArt club conducted Face painting, Drawing, Painting and Photography competitions which had entries that literally took people’s breath away. The judges had a tough time deciding the winners as the participants unleased their creativity on campus.
Students participated enthusiastically in all the events with a record 500 participants in the Computer Game, PUBG.
The Cultural Club organized solo and group singing and dancing competitions. The solo dancers displayed a rare ease while performing complicated maneuvers’.
The Science Club came up with an interesting debate called “A Monster Calls.” The students were placed into three teams representing India, China and Pakistan and were given a hypothetical situation where the three countries are in mortal danger from the monster. In groups the students came up with a strategy to defend the countries.
School of Law emerged the winners at Euphoria 2018. The Pro Chancellor and the Vice Chancellor handed over the trophy to the Dean, School of Law. 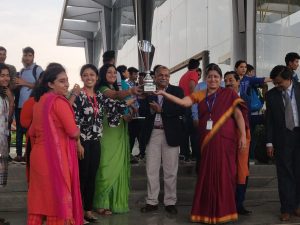 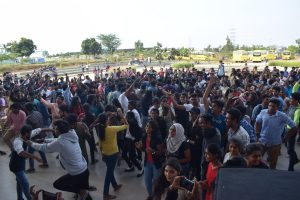 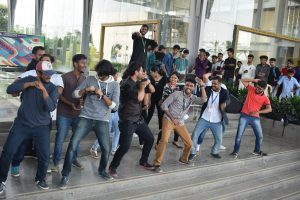 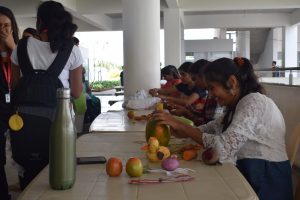