Armed Forces Flag Day was celebrated in the University on 9th December, 2019. The Chief Guest was Captain Ravindranath, who is a cyber crime expert and a leading trainer and motivational speaker. Speaking on the occasion, Captain Ravindranath said that the Armed Forces Flag Day is dedicated towards commemorating the courage of servicemen as well as for collecting welfare funds through distribution of flags from the citizens of India to assist the rehabilitation of ex-servicemen in need as well as to aid the widows and dependents of martyrs. He stressed that it is time for Indians to express their gratitude and appreciation to the current and veteran military personnel. Captain Ravindranath urged the students to join the army and contribute to the nation.
The Vice Chancellor, Dr. Radha Padmanabhan in her address shared a true inspirational story of an army jawan to emphasize the role of the army in safeguarding the country.

Pro Vice Chancellor Dr.Ishwara Bhat and HOD of Commerce and Economics, Dr. Balu also attended the function. . .
Following the speeches, students performed various cultural events, the highlights of which were the skits performed by the Madads Association portraying the life of a soldier. A MIME was performed by the Theatrical Society. High energy dance performances by the Dance Club enthralled the audience. The Vote of Thanks was proposed by Assistant Dean, Department of Students Affairs, Mrs. Sreelekha. The event was well anchored by Mr. Akshay and Mr. Thaheer of MBA. 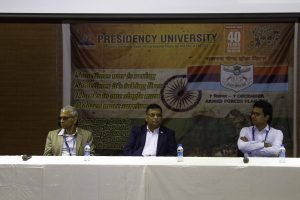 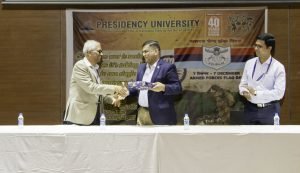 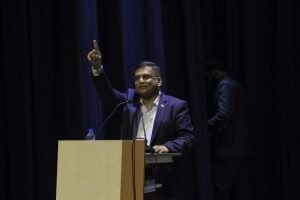 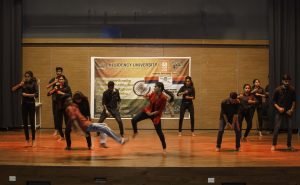